This is my paid version of the Vanilla Warrior Protection Wrobot Rotation
It is highly advanced, and has an in-game interface, where you can control almost every aspect of the rotation.

For support and suggestions please use: https://wrobot.eu/forums/forum/92-warrior-fightclass-vanilla/ 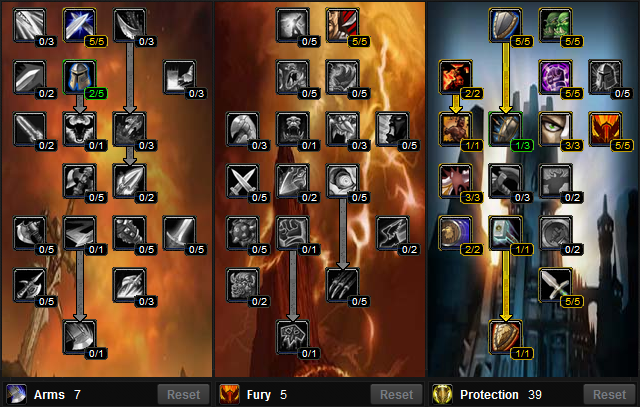 Features
The Paid version comes with some unique features like the in-game interface, /commands and more.
The Warrior will make sure that there are sunders on all ads. (Making thread on them)
The Warrior will taunt adds that are not targeting the warrior. (He will stance dance and use mocking blow, if taunt is on CD)

This fightclass will save your settings between sessions, so if you set something example: Turn off taunt. Then next time you log on it will have saved that setting!

Can be used for leveling (however it's not currently focused on using level abilities for solo play)
You can even turn stuff on that is not yet learned.
The fightclass will begin using the abilities when they are learned if they are turned on.

Optimized rotation for max Threat
Does not break Polymorph.

Coming Soon
- More advanced settings
- Redesign of switches
- Battle Shout option to use only for rage, or to use when you don't have the buff. 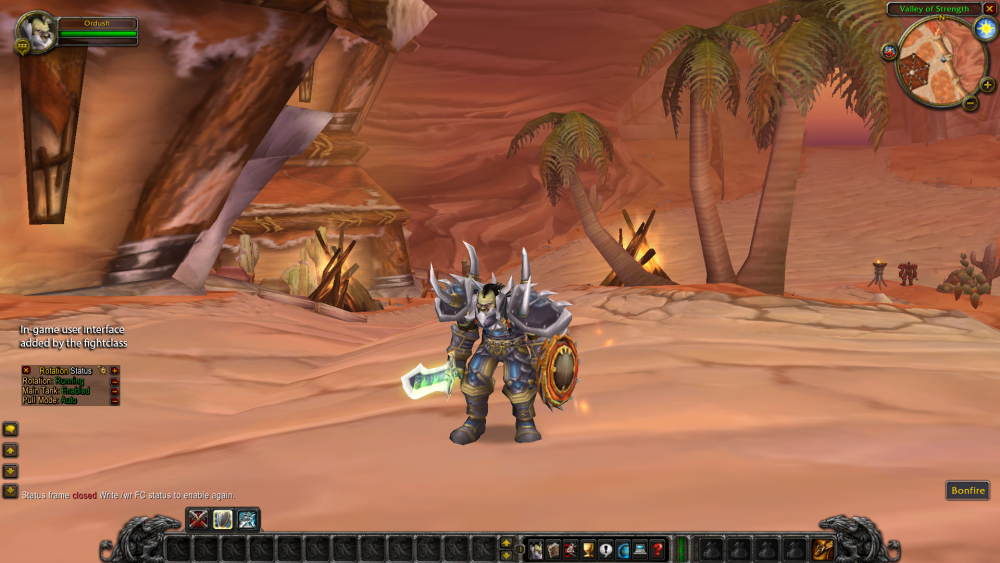 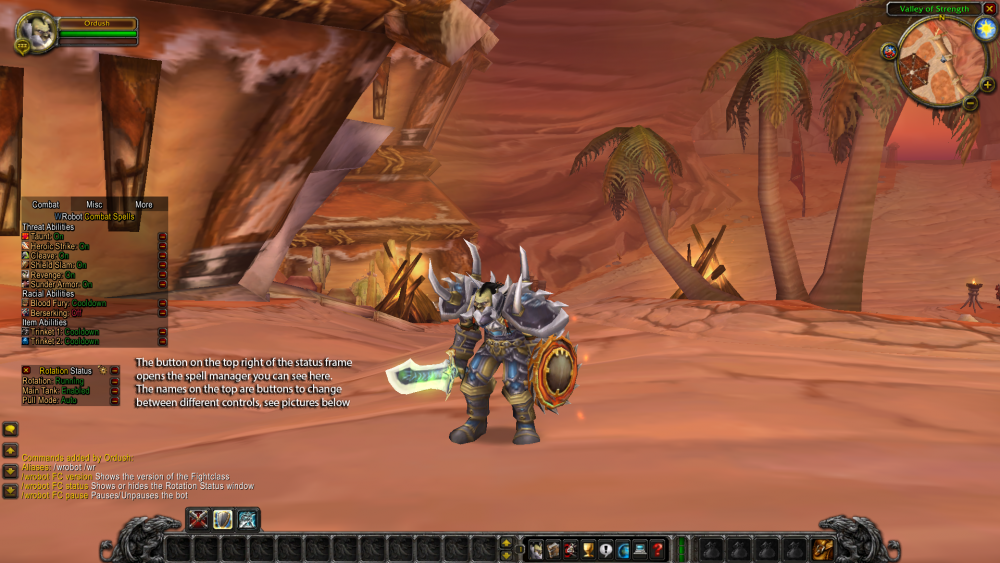 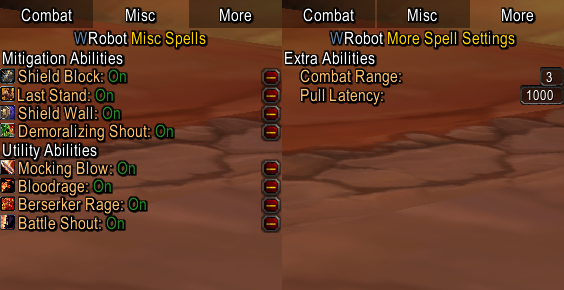 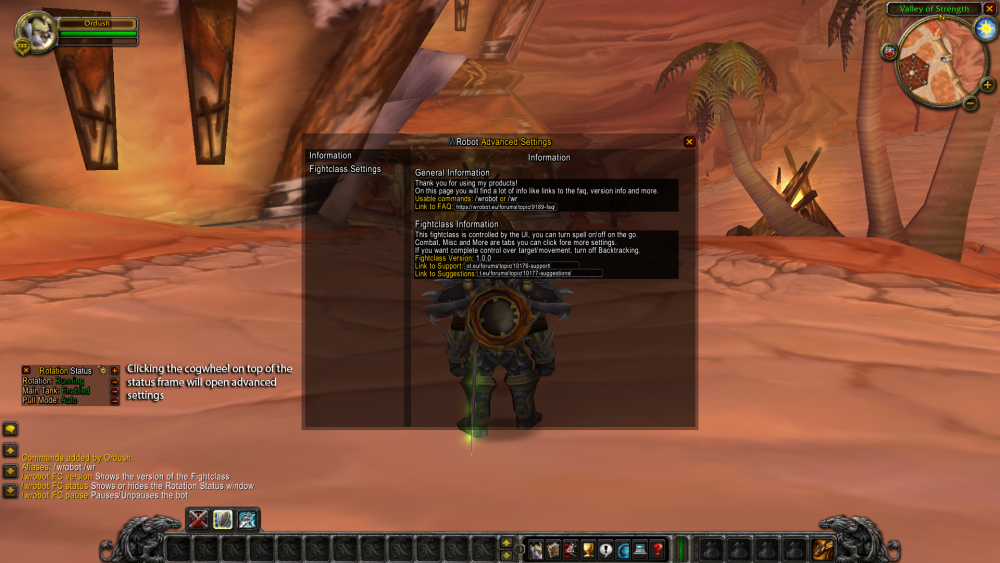 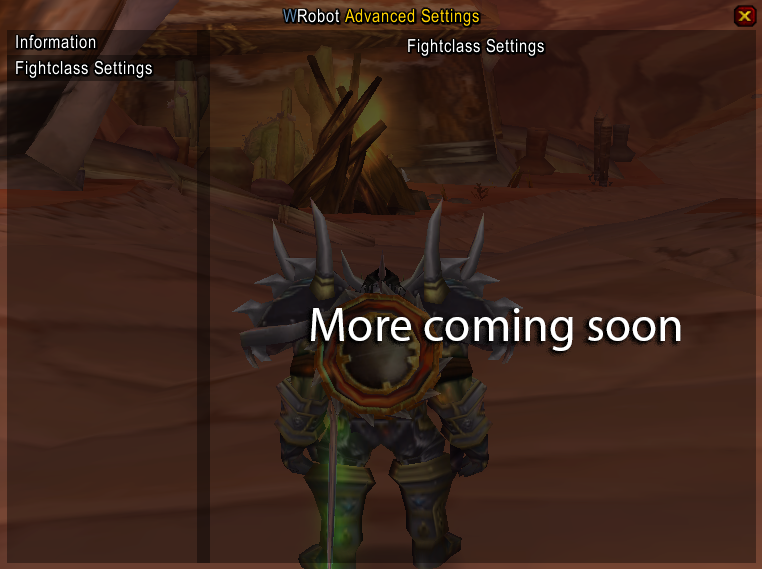 Always feel free to send me suggestions or bug reports via PM on WRobot Forum!