This version intended for levels 1-26. I use this with the Party function in wrobot and I set the tank as the person to be followed at around 30-40 yds.

I made this priest fight class to follow me around in quests and dungeons and keep me alive. i tank with zero problems as long as i'm not taking unrealistic damage.

it casts Fort to whoever's in the group when the bot starts along with Inner Fire.

It will cast lesser heal or heal, based on how much mana you have. < 50% mana it casts lesser heal. > 50% mana and it will cast heal. either triggers when HP reaches below 65%

Flash Heal will cast at 35% or lower hp

PW:Shield happens at 75% or lower hp

Dispel magic works, for now I have just been putting in the name of the debuffs manually per the dungeon. (Sleep, Druids Slumber in Wailing Caverns)

I was making a new condition for each debuff that had to be checked. There is a smarter way to do it, I have just been lazy.

If ever you need this bot to recast Fort to people who do not have it, simply remove the buff from the bot, and that will trigger it to recast it to whoever doesnt have it, casting it on itself last, so when the buff runs out naturally after 30 mins, it will recast again and cover everyone once more. Its great.

Feel free to edit or update or just download this to look at and learn from. I wanted to give something back. 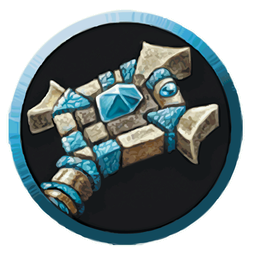