No refunds - you are purchasing a digital copy of a product.

For questions and bugreports, please reach out to me on Discord.
I will continue working on this plugin and it will receive updates (which are included in the purchase). English client ONLY.

How to get your transaction id

Go to your purchase email, which also contains your download link. Download the product and install it following the README.txt

Your transaction ID here is "1314324" you will need to copy this into the plugin's settings after purchasing it to be able to use it.
You do this by clicking on "SETTINGS FOR SELECTED PLUGIN" after selecting HumanMasterPlugin.dll in wRobot's Plugins tab.
Scroll all the way to the top and enter the ID you received in your email: 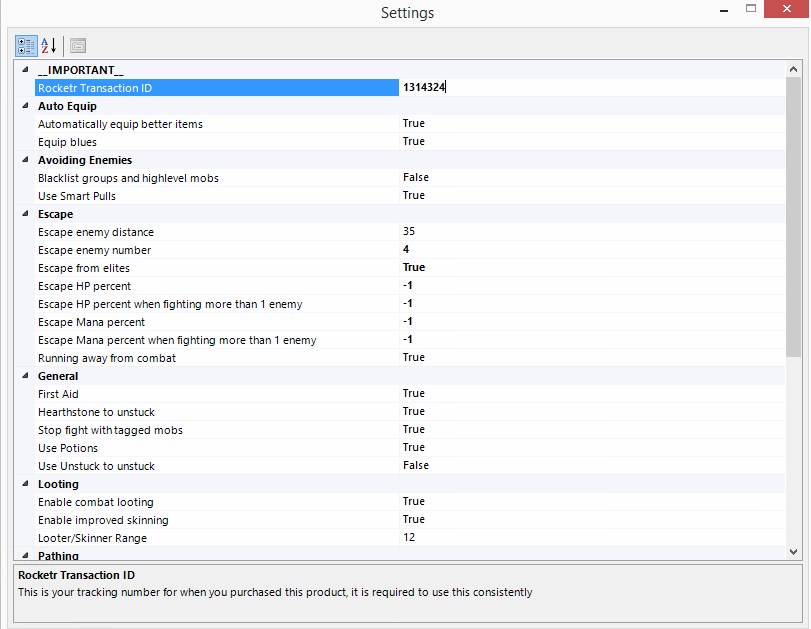 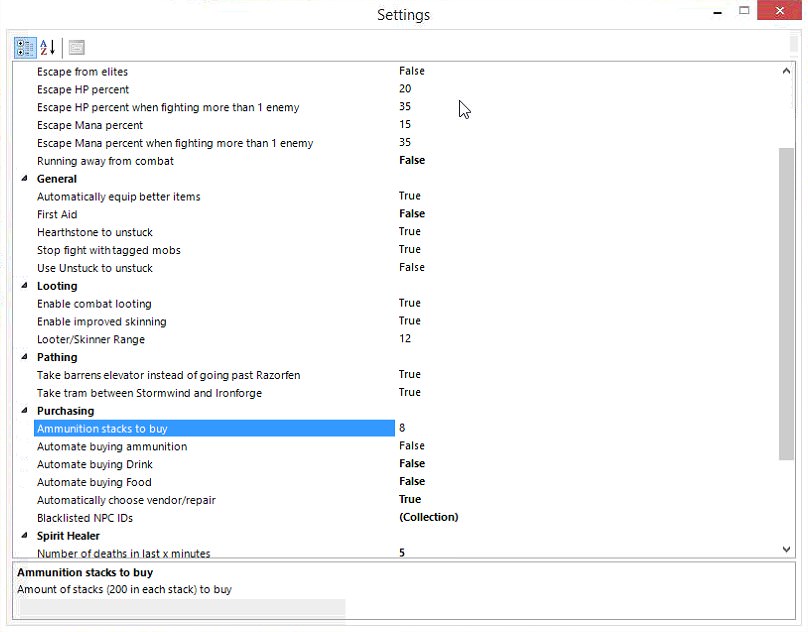 This is a new multi-expansion, multi-functionality plugin. I wrote it to fix some of the inconveniences, bugs and "bot-like" behavior wRobot comes with sometimes. Down below is a list of features, that this plugin brings to the table. Any plugin that has the same/similar functionality to my public (free) plugins has been improved in functionality and CPU usage.
Here you can find a 1:30 hour long video of a pure quester run from level 1-12 where you can see some of the plugin's functionality. The "running away" part of the plugin can sometimes be buggy within caves.

1Problems with "running away from combat" will occur in highly obstructed areas, such as caves, hills or anything else where your bot might have issues navigating (such as highly contested areas with tons of enemies). I have been trying (and still am) to improve this feature as much as I can, but if you aren't grinding with your bot (questing, gathering, etc) I recommend setting it to only run away if you pull more than x number of enemies

Your hearthstone needs to be set to your current continent (anywhere on it) for the bot to find a path back to your regular grinding/questing spot, after using Hearthstone to get out of a "stuck" situation. If this is not the case, please disable that feature in the plugin settings.

PURCHASE NOW - 1 IP only - 20.00€ NO UPGRADES POSSIBLE
*If you run wRobot.exe through a proxy or VPN, this limits you - if you only run WoW.exe througher another IP, this is not a problem

I, the owner and creator of this file, am in no way associated with the wRobot company. By purchasing this file, you agree to the contract of the purchasing website and that alone.

Check out my other Fightclasses

- performance update for new wRobot update
- if Rocketr links are broken, get it on Discord